Hello my lovelies. If you are looking for a post regarding workouts, healthy meal planning, progress photos, or anything of substance, please bypass this post and wait for posts to come. This edition of Trextotigress is all about fun and frivolity. This post is for you Housewives of Atlanta fans. Chelsea is an admitted fan of the franchise, while others want to remain anonymous.(you know who you are.) Don’t worry. I won’t out you on my blog. We all have our guilty pleasures.

When we last left our Southern belles, Kim Zolciak waddled out of their ladies lunch with her hands over the camera lens, exclaiming, “I’m so done with this! Keep the (expletives a plenty) camera out of my face!” Apparently, the other ladies were “so upset” because Mrs. Kroy Bierman pulled out of their trip to Anguilla last minute, stating that she was too far along in her pregnancy to fly. Cynthia Bailey had spent so much time and energy planning the couple’s trip to the little gem of an island, just off the coast of St. Kitts and Kim and Kroy went and cancelled, even after everyone altered their busy lives for them. Of all the nerve! How could she put the safety of her unborn child before all the drama and eye rolls from Nene Leaks (excuse me, NeNe Leaks.) Kim has decided to focus on her family and cut ties with the other housewives. She is now a domestic diva. Those days of “don’t be tardy for the party” are long over. She wants to continue to float around her house in flip flops and maxi dresses, yelling for Sweetie, making Kroy leave his sandwich to have sex and passing off baby K.J to the nanny anytime he has a poopsie in his diaper, all while gasping to pop out her baby and down a few glasses of Pinot, while still on the delivery room table it seems. Can’t blame the lady. Nine months without wine is a long time. It is eyebrow raising when Kim’s young teenage daughter is advising her mother about birth control as Kim gorges on pizza and cheesy bread. Doesn’t this conversation seem like it should be the other way around?

Anyway, enough about Kim. On to the Anguilla trip. The first night of the trip all the couples relaxed on the opulent deck. NeNe cuddled with Greg on the chaise lounge, whispering sweet nothings in his ear. Kandi and her new man snuggled cheek to cheek. Peter looked longingly into the eyes of his exotic wife Cynthia and Phaedra and Apollo sipped cocktails side by side. Oh yeah, Porscha and her I mean hubby were all lovey dovey too. Ahhhh amour. Not our fiery, vixen Kenya Moore who is also a former Miss U.S.A or Miss America. ( I’m still confused. Which is it?) She ignored her man completely, good old Walter, and used her salacious feminine wilds to flirt with Apollo who took off his shirt (I think for attention) as he toyed with the idea of going in the pool. After he flexes his muscular pecs, Kenya made the decision for Apollo by pushing him in the pool. Kenya and Apollo frolicked in the pool, laughing and splashing like giddy teenagers. This was not taken well by Phaedra and the other women, who decided it was in very poor taste to flirt so openly with Apollo right in front of Phaedra. Apollo was careful not to make too much of Kenya’s advances. I doubt he wants to jeopardize his relationship with Phaedra Parks, who is a prominent Atlanta entertainment lawyer, who never goes into the cesspools that are hot tubs due to germs and STD’s all to protect her precious nether region. She is a clean Southern lady. Hot Tub? No child. Lawd!

So what does Phaedra do the next morning to ensure Apollo’s eyes are only on her? She joins the others for breakfast in a bathing suit, covered by a mesh wrap. This wouldn’t be too bad, but the swimming attire has a thonged bottom, thus displaying all her ass-ets. Lawd child! That booty is huuuuuge! It was like two big scoops of inflated chocolate ice cream. Phaedra’s bottom half makes Kim Kardashian’s seem emaciated. I guess you really are all brains, business and booty, Phaeds my gal. All the men begin to ogle and holler, especially Peter. (who in my opinion was hooting and hollering way too much and even asked Phaedra to turn around and she kindly obliged. She is a Southern Belle after all.) Please Peter, as if you couldn’t see that big ole’ butt from all angles. The men started to sweat at the sight of her booty, even poor Kandi started to sweat. I mean, c’mon, Phaedra, this was in poor taste. To me, it wasn’t appropriate to have your ass-ets on display in front of your friend’s beaus. (like that eh? Beaus. They are from the South.) If I was Apollo, I would have asked her to change into something a tad more modest.

The trip ended with Kenya asking the Filipino business man to donate his sperm, so she could pro-create (in front of Walter), Kenya asking Phaedra if she would let Apollo boink her as his birthday gift (in front of Walter) and Kenya and Porscha getting into a huge shouting match, with a lot of finger waving, neck rolling and the B and H words galore. Most importantly though, love prevailed, as Peter and Cynthia renewed their vows in front of their friends near a lovely little island cove. (after Kenya gyrated against Peter’s nether region by the pool. Yes, in front of Walter.) Hmmmmm….I wonder if Walter will propose to Kenya after this trip? Er, my guess is probably not.

My Southern Belles are fun, fabulous, fickle, fearless and funny. Guess what? I wouldn’t take them any other way. 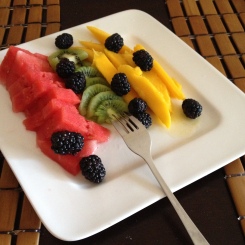 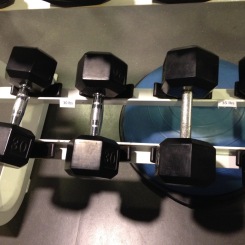 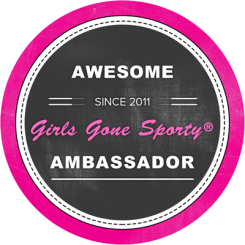 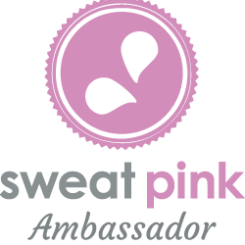